The Korean restaurant - a surprise find in International City

Foodie lovers in Dubai know that one of the best haunts for unique cuisines can be found in International City.

To be honest, I’ve lived here for more than eight years and I still haven’t been to all the quirky neighbourhood restaurants that dot the place. So imagine my surprise when I drove around the Italy cluster to find a rather fresh face in the block: A Korean restaurant called "The Korean Restaurant"

I’ve never tried Korean cuisine before but it has always been in my bucket list, so I dragged a friend so we could check out Manna Land on a late night food craving whim.

Heading there was easy. Finding parking space—a perennial problem in International City—was not. Surprisingly, there’s free valet service. Although we had to drive onto the pavement to get near the valet desk, it’s still a great service and a fabulous idea.

We arrived at 11 p.m., just an hour before closing time, but the staff was exceptionally friendly and welcoming. The authentic Korean restaurant has been open for three months, but has only recently introduced a new Korean-Chinese menu which restaurateur Bilal Mansour told Expat Media is a first in the region.

“Our chef is Chinese who has lived in Korea and so he cooks authentic Korean-Chinese cuisine,” Mansour said in a rather impromptu interview after we bumped into him at the restaurant.

I was craving for ramen, but the staff suggested that we also try their specials. Servings are also big enough to share, so we didn’t have to make separate orders. We absolutely loved the Galbi Gui (Dh85), thinly sliced marinated beef ribs that was cooked right in front of us.

The Korean barbecue was served with a side dish of lettuce leaves and ssamjang, an orange coloured sauce made with fermented bean paste and red pepper. The barbecue was definitely an enjoyable introductory experience into Korean dining, and the combination of the slightly sweet beef slices contrasted by the salty and spicy ssamjang all wrapped in lettuce leaf was a delight bite after bite.

We also tried the Korean-Chinese cuisine Sachun Zazang (Dh40), spicy seafood and noodles in black bean sauce. There’s no soup stock in this dish, but the bits of squid and mussels with the spicy kick made this fusion noodle dish interesting to the palate. 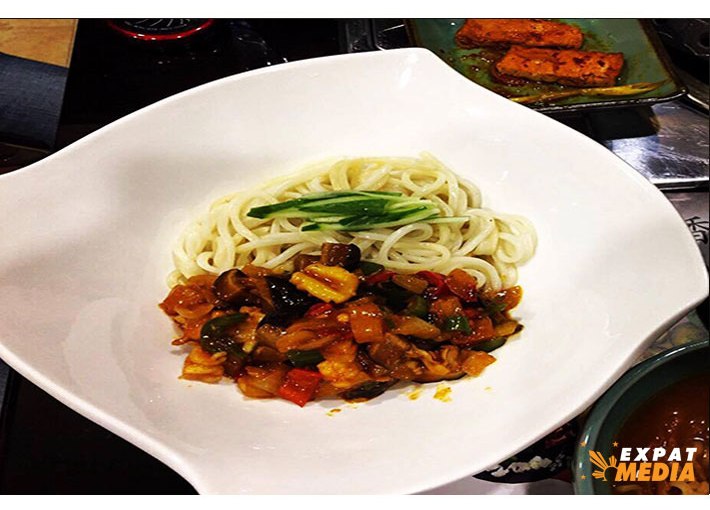 We could not leave without trying the Kimchi Jeongol (Dh60), a spicy Korean casserole featuring pieces of beef and tofu, which the staff served with noodles to satisfy my ramen cravings. 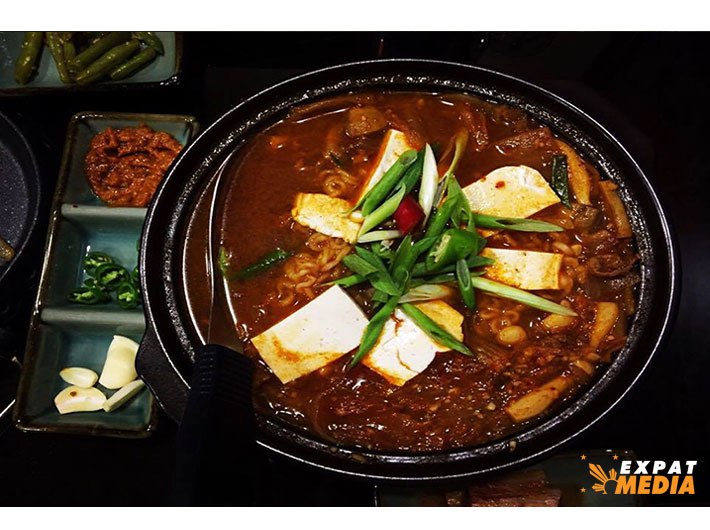 The spicy soup was perfect and just what I needed to cap my Korean foodie adventure in Dubai. 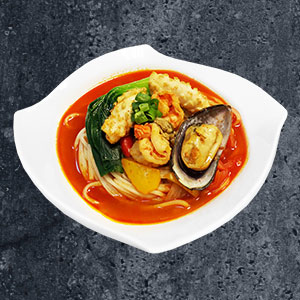